Here’s proof that police work is never boring.  And, the mission to serve and protect comes in all facets.

Officer Eric Cuellar with the New Braunfels Police Department in central Texas was just beginning his shift when he was dispatched, along with an ambulance, to the home of Amy Agnese.

Amy was going into labor with her second child.  Her husband, Michael, was setting up for a benefit 5k run and wasn’t home.   She was home alone with their 2-year-old son, Henry.  She had sent a text to Michael, but her baby was eager to meet the world and wasn’t going to wait.

That’s when Officer Cuellar stepped in and helped out in a big way, using less of his policing skills and more of his parenting skills.

While Amy was in an ambulance on her way to CHRISTUS Santa Rosa Hospital-New Braunfels, Officer Cuellar stayed home with young Henry.  He also kept Amy’s phone so that when Michael called he was able to tell the anxious father that everything was okay and which hospital Amy was on her way to.

Michael rushed to meet Amy while Officer Cuellar gave both mom and dad peace of mind.  And while Amy was delivering baby Abbie, Officer Cuellar was making breakfast and chatting with young Henry about the family’s cuckoo clock and other things that fascinate young minds.

“For Michael to have to miss the birth of his child, I didn’t want that to happen,” Officer Cuellar said at a recent reunion of the police officer and the Agnese family.  The five, including baby Abbie,were reunited during a special ceremony in which CHRISTUS Santa Rosa recognized the police officer with a Community Hero Award.

Jim Wesson, the hospital administrator at CHRISTUS Santa Rosa Hospital-New Braunfels, presented the award to Officer Cuellar for going the extra mile for the New Braunfels family and for exemplifying the CHRISTUS Health System’s mission of extending the healing ministry of Jesus Christ. 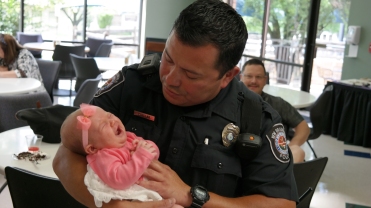 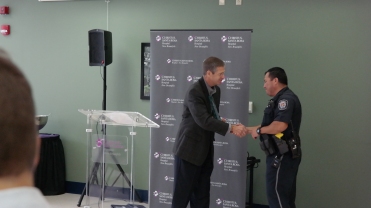 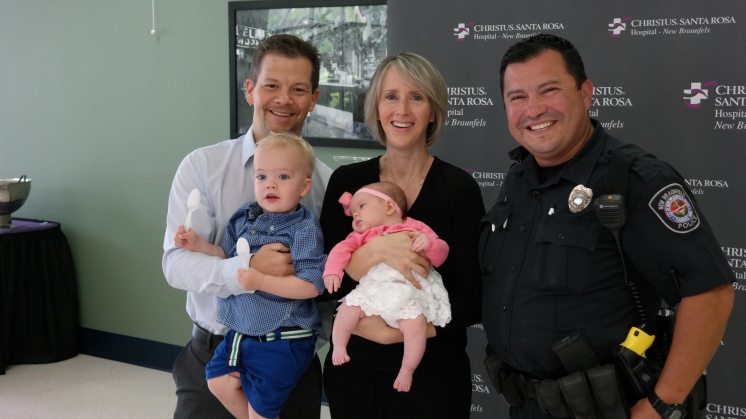