What seems like, to most of us, routine activities such as walking or lifting a grocery bag,  now feel like daily miracles to Mauricio Zapián. The 46 year old can now take life in deeper breaths thanks to a complex procedure known as sequential bilateral lung transplant. It’s a delicate process in which both lungs are sequentially removed. One lung is removed and is replaced with a new lung. The second lung is removed, and replaced with a new lung.

A lung transplant has a very high degree of complexity for two reasons: (1) the organ requires a quick transplant, and (2) once in the body of the recipient, lungs become very susceptible to infections because they are exposed to the environment through the respiratory tract.

Mauricio suffered from what is known as idiopathic pulmonary fibrosis (IPF). The chronic and ultimately fatal disease causes scarring on lung tissue and is worsened by shortness of breath. When a person breathes in, oxygen moves through tiny air sacs in the bloodstream. From there, it goes to organs in the body. That’s what usually happens. With IPF, scar tissue inside the lungs slow oxygen flow and prevents your body from getting needed oxygen. This doesn’t just make it hard to breath but harms other organs. Most people get pulmonary fibrosis when they’re exposed to pollution, certain medications or infections. But, most of the time doctors don’t know what causes IPF. In fact, “idiopathic” means unknown cause.

So, in 2016 with no cure for IPF, Mauricio was left with unanswered questions to the obscure and unknown cause of his disease. He also had very little hope. That is until the latest in technology was made available to Mauricio and his double lung transplant was made possible.

Mauricio was Mexico’s first successful recipient of a sequential bilateral lung transplant which was performed at  CHRISTUS MUGUERZA Hospital Sur.  Mauricio’s transplant was also the first to use the Extracorporeal Membrane Oxygenation (ECMO) procedure. This treatment acted as a bridge for transplantation. ECMO uses a pump to circulate blood back into the bloodstream.

The ECMO was crucial to the success of this procedure, because during the organ transplantation, this technology replaced the functions of the heart and the lungs of Mauricio, allowing those organs to recover from their injuries and oxygenate the blood.

ECMO gives the heart and lungs a support for days or weeks, while the new organ is in place. This is a very complex program that requires surgeons, intensivist doctors, perfusionists, and a series of special processes and technology.

This video helps tell Mauricio’s inspirational story that now has a happy ending thanks to an incredibly bright, skilled, and brave team of medical experts. 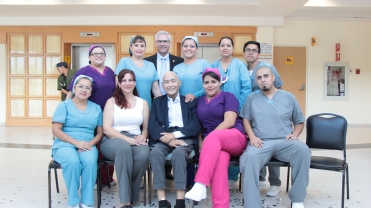 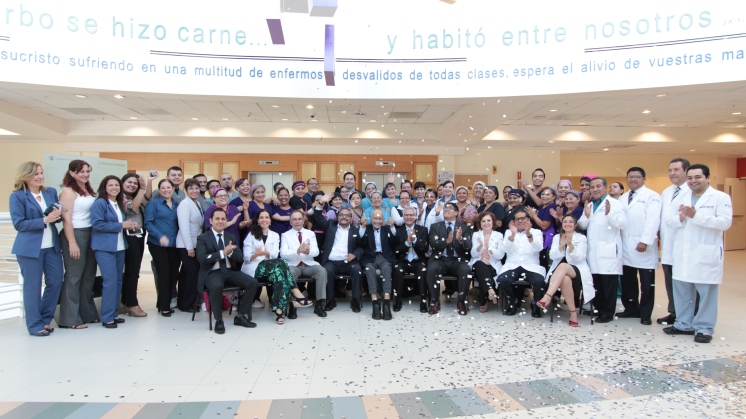