The Centers for Disease Control and Prevention (CDC) reports that from January 1 to May 17, 2019, 880 individual cases of measles have been confirmed in the in 24 states. This is an increase of 41 cases from the previous week.

With recent cases of measles being confirmed across the country, and now a handful in Texas, this once rare virus is now top of mind as many people have questions about the illness and vaccinations.

Experts at The Children’s Hospital of San Antonio have answers.

Dr. Sky Izaddoost is a pediatrician at The Children’s Hospital of San Antonio Health Pavilion-Stone Oak. The new facility offers a mix of specialized care, a children’s emergency center and pediatric and primary care practice groups to a growing area in Texas

We asked Dr. Sky to share some information about measles, and how the public can stay protected from this highly infectious virus. 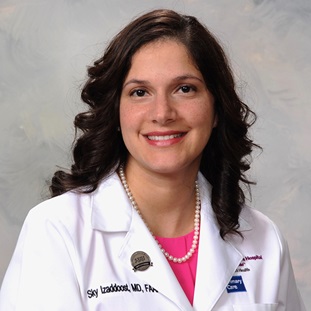 Measles is a highly contagious disease that can present with fever and rash, which can look like many other viral illnesses.

The measles virus remains transmittable in areas where exposure has occurred for as much as two hours after an infected person has left. That is why proper hand hygiene and disinfectants are so important.

How do you catch it?

Measles is spread through direct contact with an infected person with the measles, whether through droplets in the breath, a cough, or a sneeze. You can catch measles by being in a room with a person infected with the measles or even 2 hours after since the droplets can stay in the air.

What are Measles symptoms?

Those symptoms are followed by the appearance of tiny white spots inside the child’s mouth, and small red dots throughout the child’s body from head to toe.

The rash is typically observed between 2 to 4 days from the onset of initial symptoms. Those infected with the measles are considered contagious from four days prior to the onset of symptoms, to four days after symptoms have resolved. If you suspect you have measles, please notify health care personnel prior to entering the facility to help limit exposure to other children.

Measles can be deadly for young children, or the elderly, or those with compromised immune systems.

It is recommended that everyone receive the measles vaccine to avoid contracting the virus at 1 year and again at 4 years of age. According to the Centers for Disease Control, the initial vaccine protects against measles 93 percent of the time, whereas the second vaccine protects 97 percent. Like all things in life, nothing is foolproof. . .but any amount of protection will help reduce the severity of the illness.

Before the measles vaccination program started in 1963, about 3 to 4 million people got measles each year in the United States. Of those, 400 to 500 died, 48,000 were hospitalized, and 4,000 developed encephalitis (brain swelling) from measles, according to the Centers for Disease Control and Prevention.

How is Measles treated?

Measles is a virus, so unfortunately it will not respond to antibiotics. We have no treatment other than supportive care of symptoms.

In most cases, the symptoms will disappear on their own in about two to three weeks.

In 2000, the United States declared that measles was eliminated from this country thanks to a highly effective measles vaccine and strong vaccination.

However, in recent years the measles has seen a resurgence in this country believed to have been brought from outside travelers and due to lower vaccination rates in many communities.

How can I protect my family?

The measles virus is actually easily preventable with the proper vaccines and hygiene.

Health experts recommend that children receive the measles, mumps and rubella vaccine (MMR) in two doses, beginning between the ages of 12 months and 15 months and again between 4 and 6 years of age.

The CDC reports a 97 percent effective rate for preventing the virus, with only 3 percent of those who have received the vaccination reporting catching measles.

If your child has not received the vaccination, but is suspected of being exposed to the virus, your physician can deliver the MMR vaccine within 72 hours of exposure to prevent contracting measles or lessen the severity of the illness.

CHRISTUS Health has a convenient online database in which you can find a physician near you. They can answer questions about Measles, vaccinations and other important health concerns.

To find a CHRISTUS Health physician near you, please visit: