Mérida is known as the vibrant capital of the Mexican state of Yucatán. It is a city with  a Mayan and colonial heritage and now this city with its rich history and picturesque architecture has a beautiful state-of-the-art medical facility. 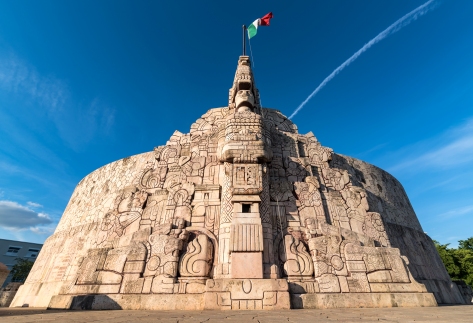 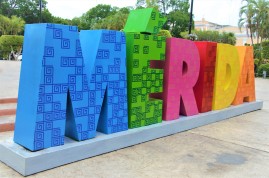 This sign with the name of the city of Merida is located in the main plaza. These colorful signs are popular in many Mexican cities.

CHRISTUS MUGUERZA  recently celebrated the opening of Hospital Faro del Mayab. The hospital is expected to provide medical care to more than two million people in Mérida, Yucatan and surrounding regions when it begins operations in mid-October. 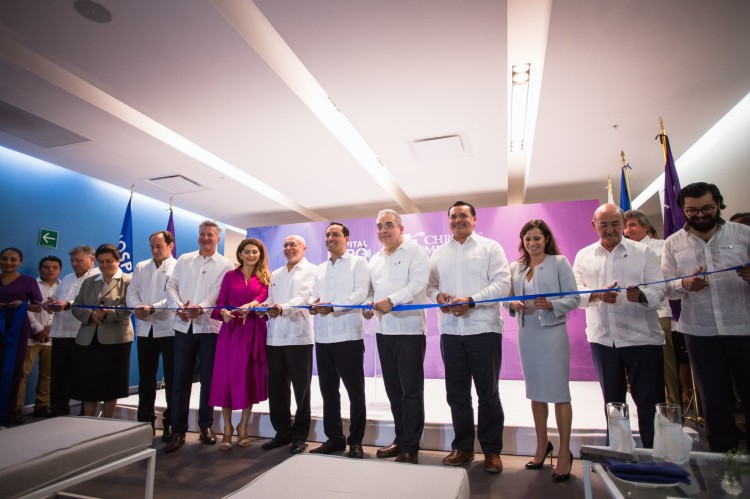 The new hospital is thanks to a special partnership between  CHRISTUS MUGUERZA Health System and the Faro del Mayab Hospital. In May of this year, details were announced that this partnership would create an expected 300 plus jobs, spark new opportunities for an expanding medical community, strengthen various specialties and further expand patient quality and experience for this region.

This hospital’s 28,000 square meters was constructed in such a way as to be efficient, house the latest in technology and offer comfort to the expected 60,000 patients who will be cared for every year.  300,000 life-saving medical consultations, and 120,000 emergency room visits are also expected.

During a special ceremony, Horacio Garza Ghio, CEO of CHRISTUS MUGUERZA expressed his excitement at the inauguration of the 11th hospital of this health system.

“With the support of CHRISTUS MUGUERZA, the community in the southeast of the country will have access to specialties and high complexity technology such as molecular pathology, genomic medicine, fetal surgery in utero, robotic surgery and image-guided surgery.”

He also expressed thanks to the Ramírez Ochoa family for their confidence in this project.

“It is the greatest source of inspiration that they gave us their confidence to manage an important legacy. It became our strongest incentive to continue our work. Together it helped us move forward. We thank them very much for their trust.”

The hospital will have 55 in-patient beds, including 6 master suites; 16 areas of intensive therapy (seven neonatal, three pediatric and six for adults); five central operating rooms, two obstetrics rooms,  two endoscopy rooms, as well as an imaging area that houses state-of-the-art equipment, all with an investment of 1,000 million pesos (51 million dollars).

“CHRISTUS MUGUERZA and CHRISTUS Health are our partners and friends. We have the same vision, values, dreams and, above all, a great deal of social commitment. This union of efforts, talent, infrastructure, technology and experience will guarantee a medical care of excellence with compassion. This is something we all deserve, ” said Ramirez. 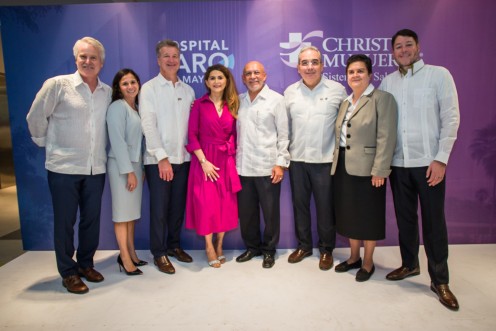 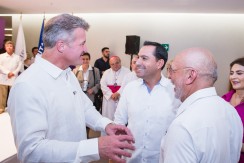 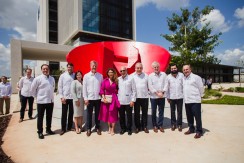 Hospital Faro del Mayab  is the largest hospital in the region and will be one of the exceptional hospitals in Mexico and Hospital Faro del Mayab   is predicted to receive the Joint Commission International Accreditation. That’s big news as medical tourism will likely fuel not just the medical industry but also the region’s economy. Thousands will likely travel and be able to take in the amazing scenery that Mérida has to offer along with the city’s incredible health offerings.